The Alternative To Capitalism

By Adam Buick and John Crump

Capitalism is an exchange economy in which most wealth, from ordinary consumer goods to vast industrial plants and other producer goods, takes the form of commodities, or items of wealth that have been produced with a view to sale on a market. Although states have intervened in capitalism ever since it came into existence, in so far as the aim was merely to interfere with the operation of world market forces, their intervention was only at the level of the division, not the production, of surplus value. However, over the past 100 or so years, there has been a definite trend in capitalism for states to go beyond merely trying to distort the world market, and to involve themselves in the actual production of wealth by establishing and operating state enterprises. If state capitalism is not socialism, what is? In other words, if state ownership and management of production does not amount to the abolition of capitalism but only to a change in the institutional framework within which it operates, what would be the essential features of a society in which capitalism had been abolished?

“This slim volume accurately describes some of Marx’s basic precepts – the labour theory of value, the commodification of production, the development money and exchange economies, the formation of classes and class struggle […] the authors […] do, raise some interesting points regarding socialism and capitalism. The two are regarded as being mutually exclusive, which is probably correct, especially so in the age of globalization. […] where do you go from here as regards politics. The authors’ answer is unequivocal: the full programme of socialism. A moneyless, stateless, classless society based upon the production of use-values rather than exchange-value, and from each according to his/her ability, to each according to his/her needs. And moreover this programme to be carried out at a global level. To their credit the authors take some time detailing the everyday and administrative nuts and bolts of such a new order so cannot be accused of simply slogan-mongering and bluster. […] the ideas and views put forward in the book offer a very challenging read, and it is perhaps significant that publications of this sort are now beginning to make an appearance. More power to their elbow.” – Chartist, Jan/Feb 2014 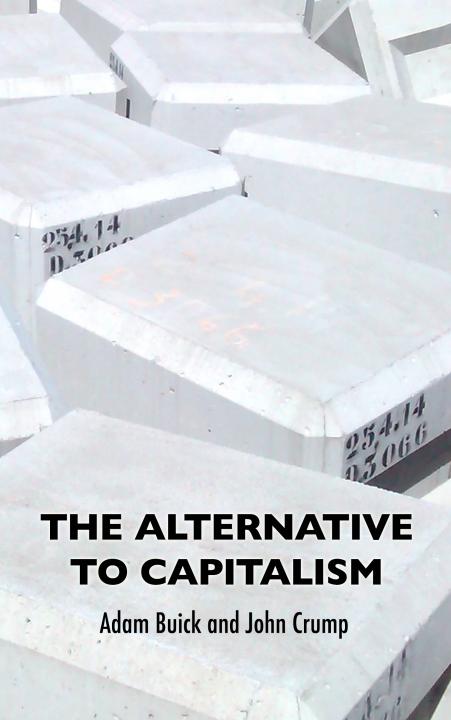