If you go to the Scottish Highlands now, you will find many valleys almost without people. Yet we know from history and archaeology that many people lived in the Highlands for thousands of years. What happened? Between about 1740 and 1900, the Highland landlords decided to clear out the people, and establish great sheep farms instead. Five volumes will tell the story, starting with volume one – “Clans and Clearance”.

In Highland histories, some beliefs (though clearly at odds with the evidence) re-appear regularly, all these, and other, misapprehensions are dealt with in “Clans and Clearance” e.g-

* There was an enormous Highland population increase in the century after 1750: this never happened – the highest possible increase is 37% in the years 1750-1840 – during which time food production doubled or trebled.*. Some figures in original documents are clearly inaccurate, but have been accepted by writers who feel that documents cannot lie; they claim that Highland parishes averaged 400 square miles. This is clearly wrong, and can be disproved by anyone who has an atlas and a ruler: the average was about 100 square miles.
* The clearances were carried out by “the English”. In reality they were carried out by the clan chiefs, after the Lowlanders and the English conquered the Highlands, following the Battle of Culloden, 1746. The British state forced the private-property system on to the Highlanders; the clan chiefs were made into landowners, who suddenly realized they could make themselves rich by driving out the clansfolk and letting the land to large farmers.
* Most of the Highlanders were Catholics. In fact 96% of the Highlanders were Protestant.
* The old Highlanders were “crofters”. In fact the Highlanders were hunter-gatherers, with a second ample food source in their vast flocks and herds. The crofters appeared only after the clearances, when some of the evicted were kindly allowed to try growing potatoes in an acre of two of barren, waste ground.
* The clan chiefs were tyrants, jailing and executing clansfolk indiscriminately. No, the chiefs had no state apparatus – police, soldiers, lawyers, courts, jails, torturers, executioners etc – so had to rule with the general approval of the clansfolk.
* The Highlanders’ cattle lived under the same roof as the Highlanders . No, the herds far too large; this only happened after the clearances, when Herds no longer had enough pasture for their great flocks, and therefore had very few animals left – and very little grazing, so the cow had to be housed in the same building.
* The clansfolk were wildly licentious, drinking enormous quantities of whisky, while at the same time they fervently believed in a strait-laced religion. No, both these opposite convulsions appeared as extreme reactions to the social misery caused by the clearances.

Sorley MacLean, frequently called “the greatest Gaelic poet of the 20th century”, to whom the author had sent part of the work, wrote on 29 August 1994: “Your ‘MacKinnon clearances’ fills me with hope that I will live to see your whole history of the Clearances published in parts or as a whole. It will supersede everything written on the Clearances at all times and places.”

Emma Brennan, Manchester University Press: [There is a] “clear authorial voice through which a real enthusiasm for the subject is very effectively communicated”.

Dr Lester Crook, I. B. Tauris publishers: “I appreciate that so many years of detailed and meticulous research and huge reading have gone into this project, also deep consideration of history and much reflection.”

David Paterson, Photographer, author of “Glens of Silence” (with David Craig, Birlinn, Edinburgh): “May I first congratulate you on your extraordinarily scholarly, open-minded and thorough approach to The Clearances.”

742 pages. Available in hardback and eBook 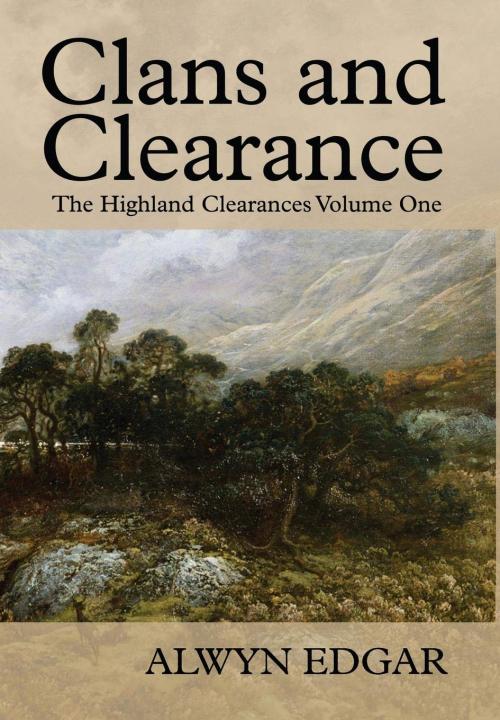