With The Peasants Of Aragon

In 1936, the people of Spain rose up, overthrew their masters and took power into their own hands. In the villages and small towns of Aragon, they began to live in a way never seen before in modern Europe. Their ideal – libertarian communism.

This detailed eyewitness account of the collectives in the heartland of the revolution shows how ordinary people, inspired by the anarchist principles of equality and solidarity, organised freely to build a new world, whilst resisting a bloodthirsty fascist uprising. It is a document of extraordinary importance; not only for the facts presented but because it informs the reader of today how, and in what circumstances, an idea regarded as purely utopian can become a reality.

About the author:
Augustin Souchy Bauer was born August 28, 1892. In 1917, he escaped from Germany to avoid the draft. He then was expelled from Sweden to Norway and from Norway to Denmark because of his participation in anti-war activities. In 1918, he started writing articles and books for the anarchist and anarcho-syndicalist movement, and continued to lecture and write actively until his death in 1984.

He had a knack to be at the centre of historic developments during his life that few, if any, could equal. He was in Russia in 1920 for eight months in connection with the first International Congress of Red Trade Unions. He lived in Germany from 1921 to 1933 when Hitler came to power. He served as editor of ‘Der Syndicalist’, organ of the German anarcho syndicalist labour organization. He was a founder of the International Working Men’s Association, IWMA, the anarcho-syndicalist international, and was co-secretary of the International with Rudolf Rocker and Alexander Shapiro. After 1931 when it became a Republic, he went to Spain many times as a representative of the IWMA. He was in Spain in 1936, two weeks before the outbreak of the Spanish Civil War and Social Revolution. He was immediately put in charge of information in foreign countries and was an adviser on foreign relations. In 1939, fleeing ahead of Franco’s troops, Souchy left Barcelona with half-a-million Spanish anti-fascists.

Since then, Souchy spent a great deal of time in Mexico. He visited Israel and wrote about their collective settlements. He travelled through most of South America, and spent time in Africa teaching trade union organisation to the native populations. He lectured and wrote in Sweden, Germany, the United States, and in many other countries. His books and articles where published in German, French, English, Swedish, Danish, Spanish and Yiddish. On January 1, 1984, Augustin Souchy died of pneumonia at the age of 91 years in a Red Cross hospital in Munich. There was no funeral and no grave, his body was donated to science. 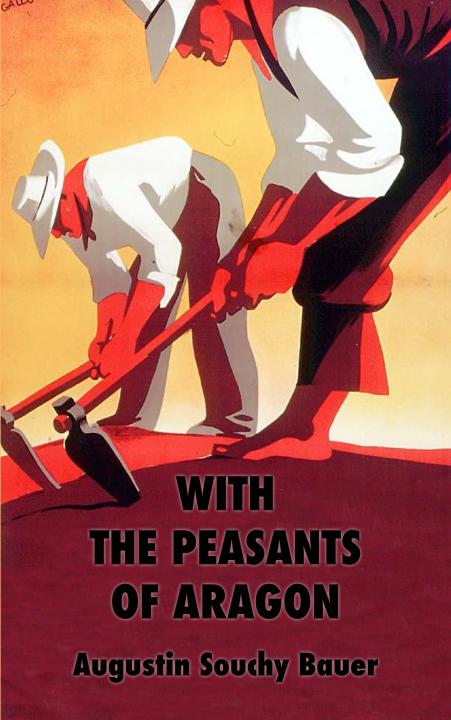