Before the Rebellion of Prince Charles in 1745, each Highland clan owned its own land. No one else, including the Government in Edinburgh, had the power to deprive them of it. (Travellers saw that in the mountains every crag was a new fortress for men defending their own country.) But the Highland Jacobite rebels having been defeated at Culloden and scattered, and the Lowland Government in Edinburgh now being much stronger since the Union with England in 1707, the British authorities decided to incorporate the Highlands into Great Britain in fact, as well as in theory. The anglophone legal system was successfully imposed, and the clan chiefs were made into landlords, owning all the land which had once belonged to their clans. Scots law now gave each chief-landlord the right (for any reason or no reason) to turn his entire clan out of their homes and farms, and keep the whole clan land as his private back garden, if he wanted. So when the new landlords realized that big grazing farms, for cattle or sheep, would make a lot of money, the clearances started. Well-to-do Highlanders, Lowlanders, even a few Englishmen, rented the clan lands; the chiefs evicted their folk; and the chief/landlord found his income shooting up over the years to five times or fifteen times what it had been (and there was no income tax!). Many of the evicted Highlanders were given an acre or two of worthless, barren land, and told to make it fertile: and when by donkey-work the crofters were able to grow a few potatoes, they had to pay rent for the value they themselves had created. Others – either immediately or after years of rack-rented drudgery on the croft – went to the Lowland factories, or abandoned Scotland entirely for arduous pioneering lives in North America (those who survived the journey).

The Earls of Sutherland were chiefs of the Sutherland clan, Murrays, MacKays, Sutherlands and others. Adam Gordon married a daughter of the Earl of Sutherland about 1500, and managed to cheat the rest of the family out of their land-charters. After that the Earls of Sutherland were Gordons. The 18th earl died in 1766 leaving a year-old daughter, Elizabeth Gordon, to succeed him. She inherited nearly two-thirds of the county of Sutherland, over 1250 square miles, an estate about the size of Gloucestershire. The long wars with France between 1793 and 1815 meant there was a desperate need of soldiers, such as the Sutherland small tenants could provide: but (despite being married to one of the richest men in England, the Marquis of Stafford) she wanted the much higher rents which big sheep farms would supply. (You can never have too much money.) She was indifferent to the fate of the small tenants – “a good many of them”, would “inevitably be tossed out”, she wrote; they would be “driven from their present dwellings by the sheep farms”. She cleared her estate between 1807 and 1821, greatly increasing her rents. She and her husband became the Duke and Duchess of Sutherland.

The second greatest Sutherland landowner was Lord Reay, the chief of the Reay MacKay clan. Reay cleared his estate even before Elizabeth Gordon, beginning about 1800. (Thirteen smaller landlords owned the rest of the county, and rivalled the countess and Lord Reay with their own clearances.) Reay belonged to a London firm which provided finance to slave-traders, and spent most of his time in gambling dens and brothels. Having wasted vast amounts of money, he sold his estate to the Sutherlands in 1830, and bought a slave plantation in the West Indies. When the slaves were freed in 1833, like the other slave-owners he was compensated. (The slaves weren’t.)

Reviews of Volume One:

“This volume is the first of five covering almost every conceivable aspect of the Highland Clearances, totalling 1.6 million words, greater than the number of acres the dukes of Sutherland owned at their territorial apex. According to the preface, it has been a long time in the development and writing, not surprisingly perhaps, given the scale of the project; remarkably, the author is now in his 90s and overall, this is an impressive feat.” – Annie Tindley: Journal of Scottish Historical Studies (Vol 41 Issue 2)

“Edgar’s book is certainly a breath of fresh air on the subject, nay, it is invigorating oxygen! Instead of just referring to previous authors (although he has read a lot – the bibliography of volume 1 has around 300 published references), Edgar has also travelled the Highlands and Islands over many years in order to make up his own mind. This book represents more than 55 years of research.” – Peter Lawrie (Glendiscovery.com)

“Having spent over 50 years researching and writing these volumes it will come as no surprise that his research has been meticulous and exhaustive letting the facts and evidence expose the relentless ‘land grab’ that took place in Scotland over some 250 years. It is a salutary lesson on how the control of natural resources by the few inevitably leads to the misery of the many.” – Socialist Studies

“Edgar is a barrister by training and one of the entertaining features of this interesting book is how he forensically takes apart academic historians’ accounts of the Gaelic clans and their subsequent disappearance.” – Virus: Journal of the ACG

916 pages including index. Available in hardback, paperback and eBook 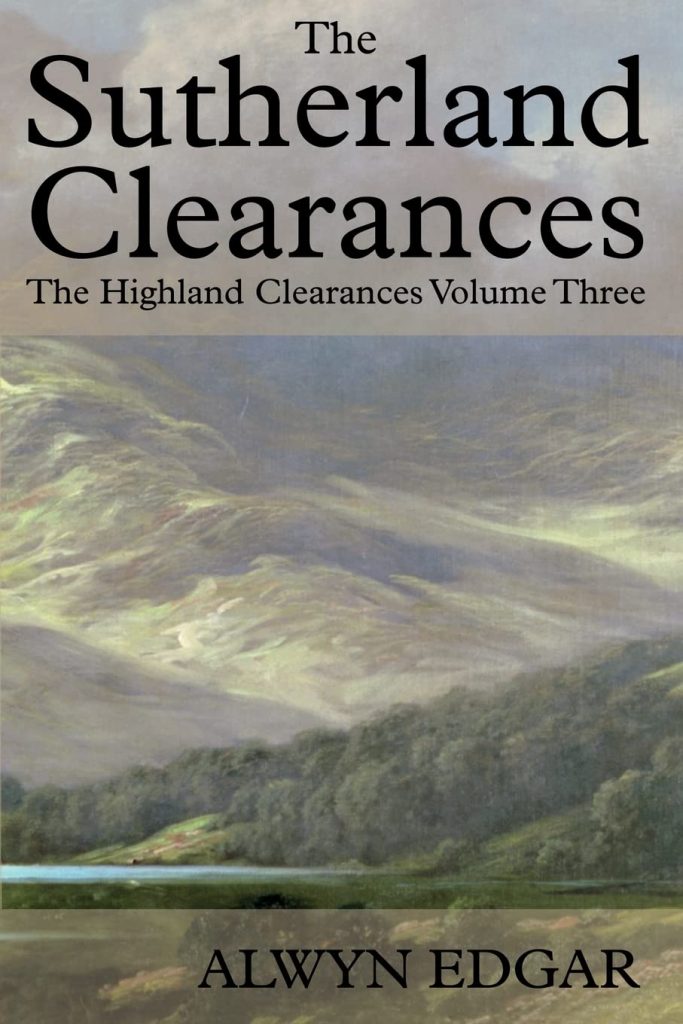